It’s been a long time since my last post. Partly because I’m a lazy good for nothing monkey, and partly because a friend died and I didn’t really want to believe it.

I was rather hoping he had sneaked off to Epping Forest or somewhere like that, and was living a content survivalist life style amongst the trees. I even had a dream about it where he and his partner Emma had a big plan to start up a new eco community in the woods. But no, the body was found, the funeral held. I must admit now, I was probably wrong.

I liked Paul so much, he was someone who felt exciting to be around. Yet despite fancying him there was something slightly frightening about him that meant we could never be that close. I remember meeting him and Emma in a squat party somewhere in North London. They seemed so cool and beautiful, and exciting. They were part of their own scene and they booked Rude Mechanicals for many gigs before putting out our album.

It is puzzling for me, I’ve had a lot of friends die in recent years, and you see I was meant to die first. Twenty years ago the doctors told me the brain condition would kill me within ten years. Twenty years later I’m still here and friends of mine are dying. How can the doctors have been so wrong? I’m not complaining, l’m glad to be still here and relatively ok, it’s just very bemusing. I feel a bit guilty about it.

There are so many people with so many different beliefs, tastes, temperaments in the world. So many arguments, court cases, wars, yet in the end, whoever we are, king or pauper, we will each die (apart from those that want to turn themselves into computers I guess)

Paul and I were going to make an album together, full of odd poetry and found sounds, I let it drift away though, due to poets block and severe laziness. I deeply regret that, it would have been good.

Till we meet again Paul. X 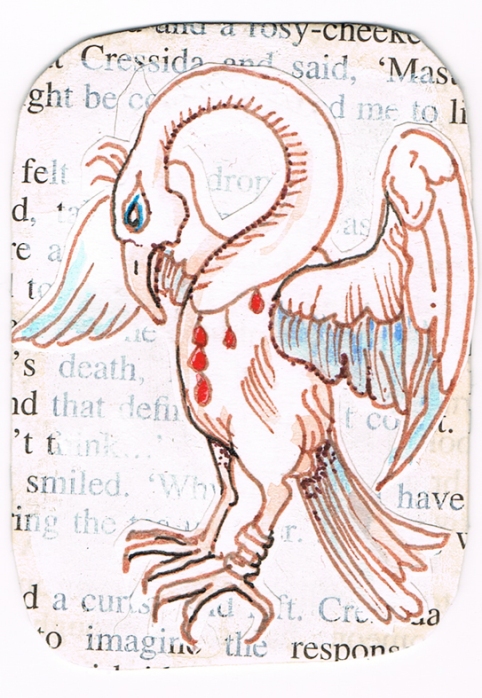 Certain moments replayed endlessly in your head, is that love? The irrational desire to relive tiny fragments of time over and over? What is a person? What is it to know someone? What does it mean when they become your default thought? Danger I’d say.

This is how it was for Elsie, but she told herself she did not love Abel. She was obsessed with Abel, she’d admit that, it was irrational but somehow necessary. When she first discovered he had gone she’d looked for him down the tunnels of the Piccadilly line, crept through god knows what for days in the darkness. A stupid crazed search which now, in the light of the Arts Admin office, she saw as a type of madness. A breakdown perhaps.

For what had really happened? Abel had gone off without telling her where he was going – that was very like Abel – and a drunk had told her he’d gone down the tunnels under London. Why had she believed what a drunk had told her? Why had she risked her own life chasing after someone who should be capable of looking after himself? Someone who certainly wouldn’t bother chasing after her!

So she stopped. Forced herself to be sensible about it, got back to work, got busy, tried to forget. She always remembered though, in the quiet periods, those moments when he’d seemed so close.

Although it had been the potential rock-god Abel that first attracted her, it was the weak, vulnerable Abel she had perhaps fallen in love with. The one that couldn’t cope with complicated situations. The one that needed a hug. The one that kissed her as though he really needed her. She knew by the next day he’d forget her. Even she would admit that it was partly the uncertainty, the waiting and wondering, that fuelled her obsession, made her desire him like nothing else.

Now though she was being pragmatic. She had a good job, she had prospects, her boss needed her.

Changes were sort, she vaguely dated other men. What was Abel to her? Just a series of moments now past. Or at least that was what she was trying hard to pretend.

That slows
grows hollow
and cracks with age

Such frustrated rage
softens to something else

I try hard now
to turn this awkward

I lost the game
You never played  x