I played two gigs last night, and somehow strutting my stuff on stage, singing, prancing and telling folks dark stories from my psychological diseased pit, seems to bring me back to a level zero where everything is…alright. After an unpleasant week at work that finished with a batch of seizures it might seem strange that two gigs be the thing to bring life back to stable, but it seems it is.

The first gig was with Dr Cos and Gardyloo Spew. It was at the Hundred Years Gallery and it was delightful. Playing to a home crowd as they say. Cos was on acoustic guitar! He has never played acoustic live before so this was something new. The security of those very many pedals was not there! He played very well, as did Spew who played percussion on a hardboard box that is actually a plinth but makes a good percussion instrument. Also, Graham, The Lovely Management, lent Spew a nice looking percussion instrument, I can’t remember what it was called, but it sounded good. Thanks to Mark and Noel for organising this, an event to remember Danny Pockets who passed away last year.

The second gig was up in Holloway at the Owl and Pussycat. This time it was just me and Dr Cos and his many effects pedals. A crowd of strangers, and interesting they were too. Some were dressed up in really fanciful costumes with feathers ( the theme was night owl) and glitter whilst others were dressed really casual t-shirt and jeans. The age range went from early twenties to late sixties. I quite liked the inconsistent dress of our audience. They were a well behaved audience, the acts on before us had been good quality story telling which meant the audience were good at listening. The small well groomed room was packed out. They sat silently, applauding at the correct moments, and were pretty good at the Woofs as well.

So next gig is this coming Saturday (23rd March) at the George Tavern. Practice your pelvis thrusts and be there!

Photo by Mat Green in the Library of Obscure Wonders 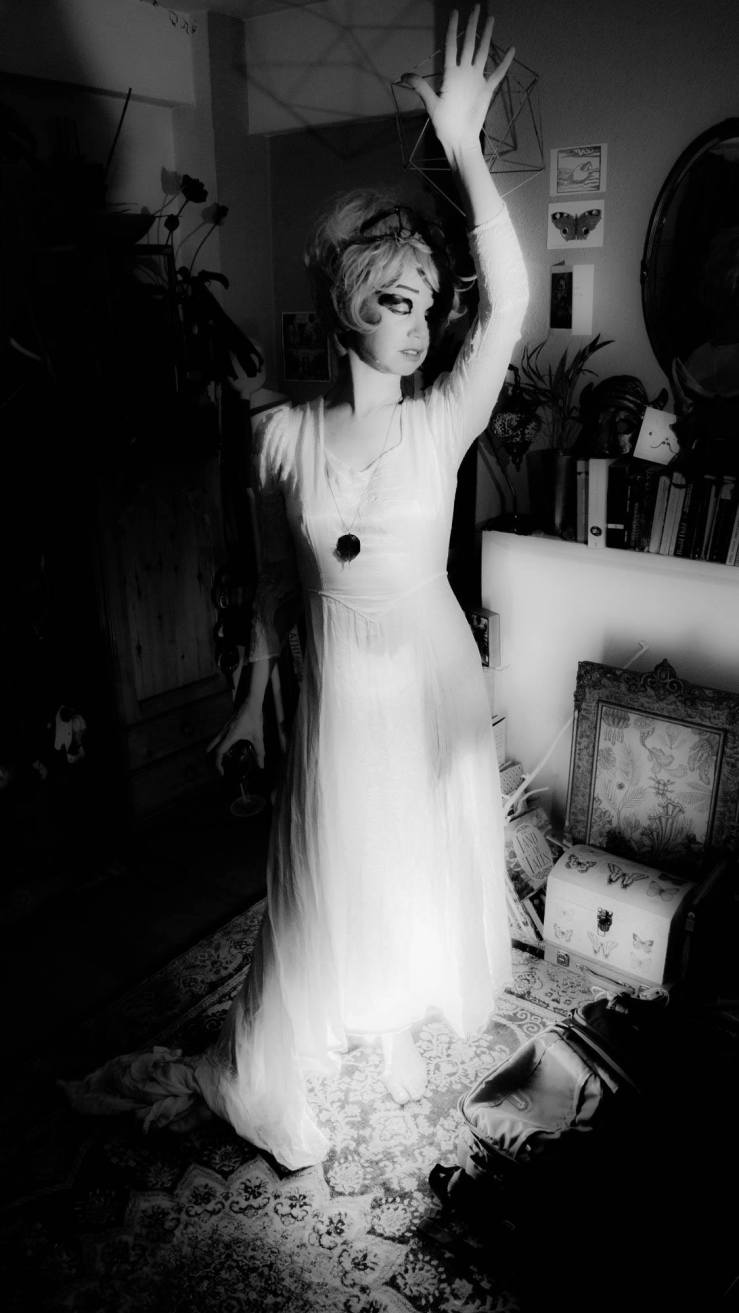 Leave a Reply to Cos Chapman Cancel reply