Abel could hear the sound of running water. It was coming from the altar. He approached it crawling on all fours, standing had not occurred to him yet. In the centre of the alter the rock wall was exposed and from it there trickled a small but constant flow of clear water. Abel, his mouth still feeling like a chalk mine, flung himself towards it, only to be whacked across the back with a large stick.

The mad harmonica lady stood growling at him like a wild cat, stick clasped in one hand, lantern in the other. Then he heard voices, lots of them coming nearer and nearer. To avoid being hit again he scrambled  into a corner.

Suddenly the room was full of people. Men and women, maybe 60, maybe more. All silent. No one seemed to notice Abel, even the harmonica lady seemed uninterested in him now. She was kneeling down beside the spring.

One by one each person knelt down at the alter. Each took their turn, slowly, rhythmically. They closed their eyes, bent and sipped the water. And each time the harmonica lady dipped her figure in the water and made some kind of symbol on the person’s head.  Then each took out a jug and filled it with spring water before returning to the crowd.

For a minute Abel was convinced he could see Steve in the crowd, but it was too dark to be sure.
After what seemed like years the crowd slowly started to leave the room. Abel, his back still hurting from where the stick had hit, creeped out with the others. They were a scruffy bunch so he blended in.
Tunnel after tunnel they walked, one being no more memorable than the next. It was so dark Abel found he was moving with the pace of the feet of the crowd and could not see where he was going. Still it was somehow restful this steady hippnotic pace leading him along, so much so that on waking up on what appeared to be a shelf at the side of a tunnel, a slightly damp blanket flung over him, he had no idea how he  got there. Beside  him lay a packet of Spletzer-Martins. 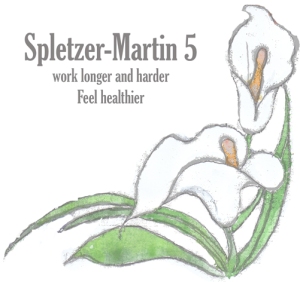